The island, Honolulu County, has a population estimated to be nearly one million residents. Oahu has for a long time been known as the “Gathering Place.” The term Oʻahu has no confirmed meaning in Hawaiian other than that of the place itself. Ancient Hawaiian tradition connects the name’s origin to the legend of Hawaiʻiloa, the Polynesian navigator credited with the discovery of the Hawaiian Islands. The story recounts that he named the island after his daughter.

The city of Honolulu is the largest city and the state capital of Hawaii. Oahu is roughly diamond-shaped, surrounded by ocean, and divided by mountain ranges. Oahu’s well-known features include Waikiki, Pearl Harbor, Diamond Head, Hanauma, Kāneʻohe Bay, Kailua Bay, North Shore. Residents of Oahu refer to themselves as “locals” (as done throughout Hawaii), no matter their ancestry. 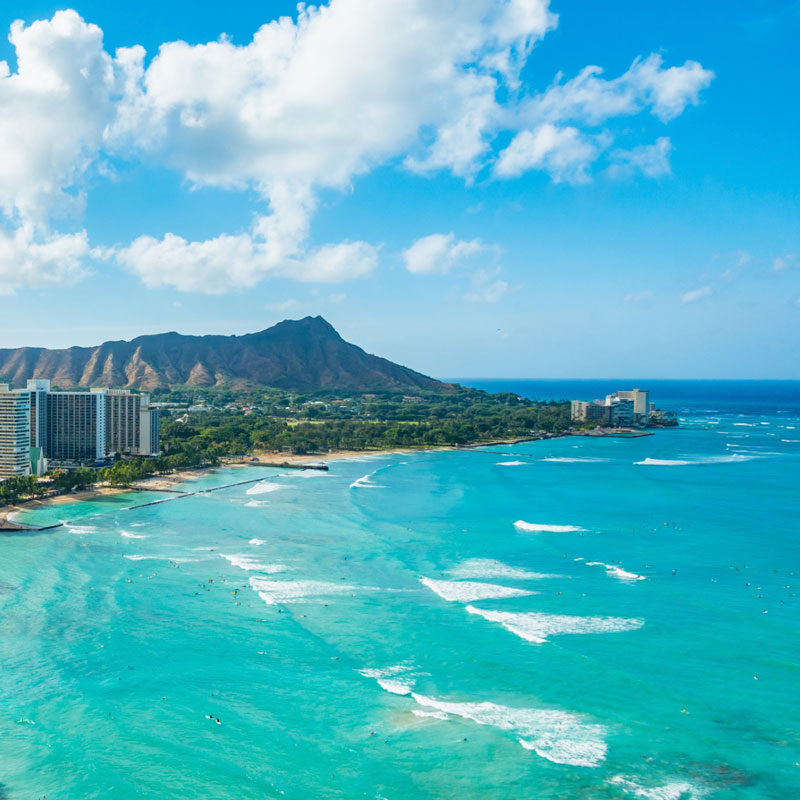